So, we bought the boat but didn't have a way to get to it.  The planning could have certainly been better, but we have a partial solution that just arrived from the brown van today.

It is a semi-rugged inflatable.  It's called the Intex Seahawk II.  I realize that it is quite a Top Gun kind of name, but unfortunately I don't think I can remove it, it is firmly emblazoned on the sides of the boat.  I immediately did what anyone who ordered such a product would do and inflated it in the living room.  Pictures and more in the READ MORE section…

It went well, Erin wasn't the happiest camper, but that was a good thing.  It was good because the reason she was annoyed was that it was getting in the way of her playing Wii…because it was very big.  I had seen the measurements online, but I wasn't really sure what I would be getting…turns out…it really is almost 10' long.  Who would've guessed?

Anyway, tomorrow is our big day to try it out, so wish us luck.  Here is what it looks like: 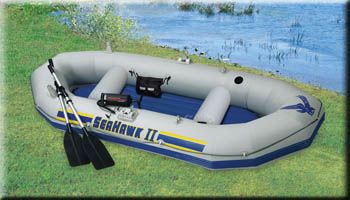 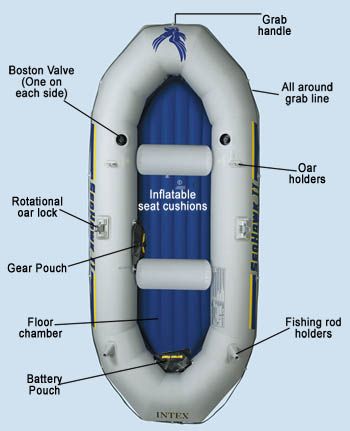