Every year you can request our parks and recreation department to send a letter from Santa. We're leaving next week to go to Texas for a Disney Cruise over Christmas, so Santa is making a special early stop at our house next weekend. I was very excited to see letters from the North Pole when I checked the mail today because I've been worried they wouldn't get here in time. 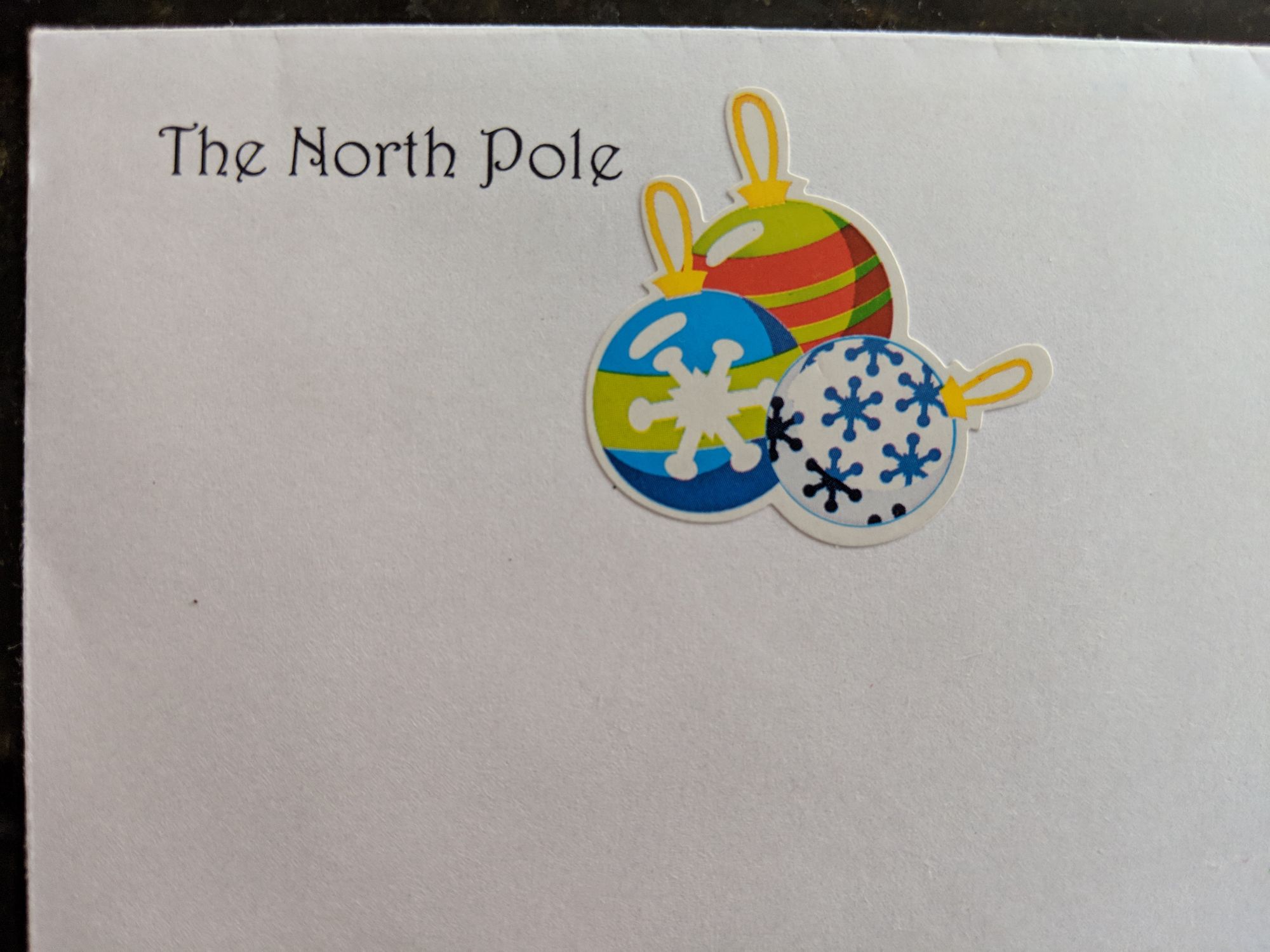 Olivia opened her letter first. She really wasn't interested in anything Santa had to say. 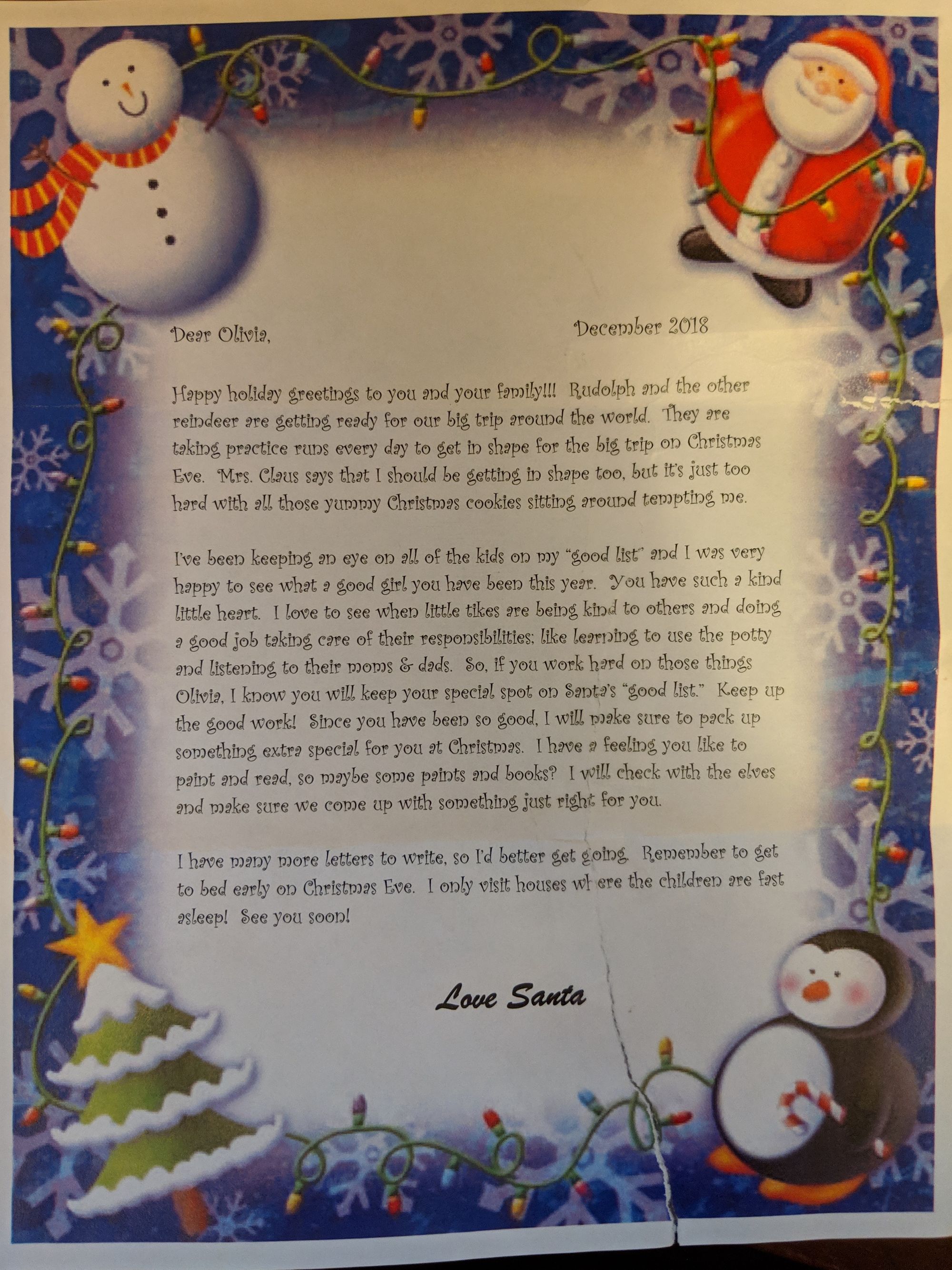 The form to request the letter asks you to list gifts Santa will be bringing, any accomplishments he should mention, etc. At the end of Emma's form I wrote a note asking if they could mention Santa is coming to our house early because of the cruise. I thought they might ignore it, so I was really surprised to read her letter. I wish I had a picture of the excitement on her face as I was reading it. 🎅❤️ 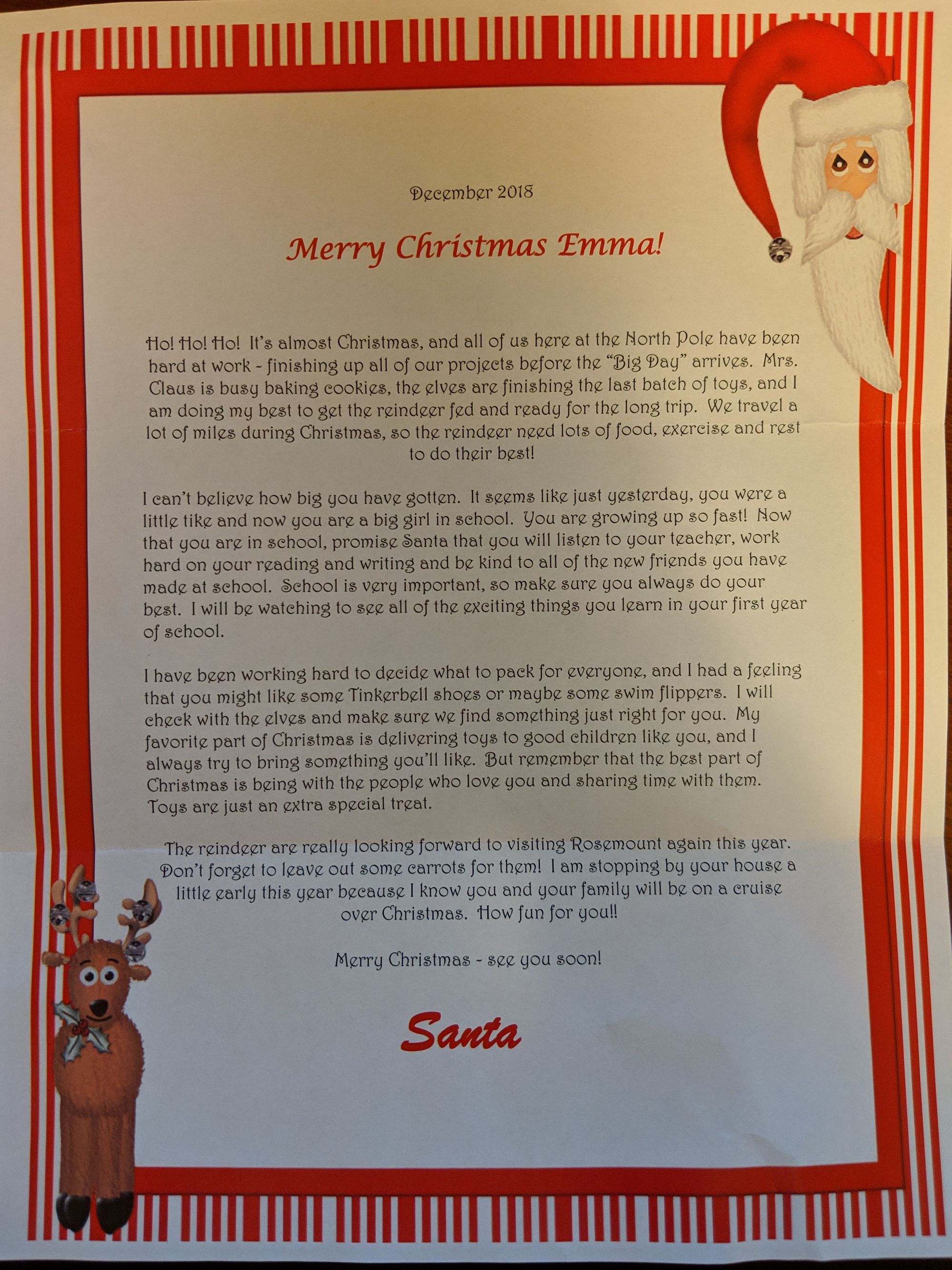