The other day it got up to 81 degrees! It was also the same day the farm opened at the zoo, so we headed to the zoo to see all the outdoor animals that we haven’t seen in months. The rest of Minnesota also had the same idea, but we had fun despite the huge crowd. 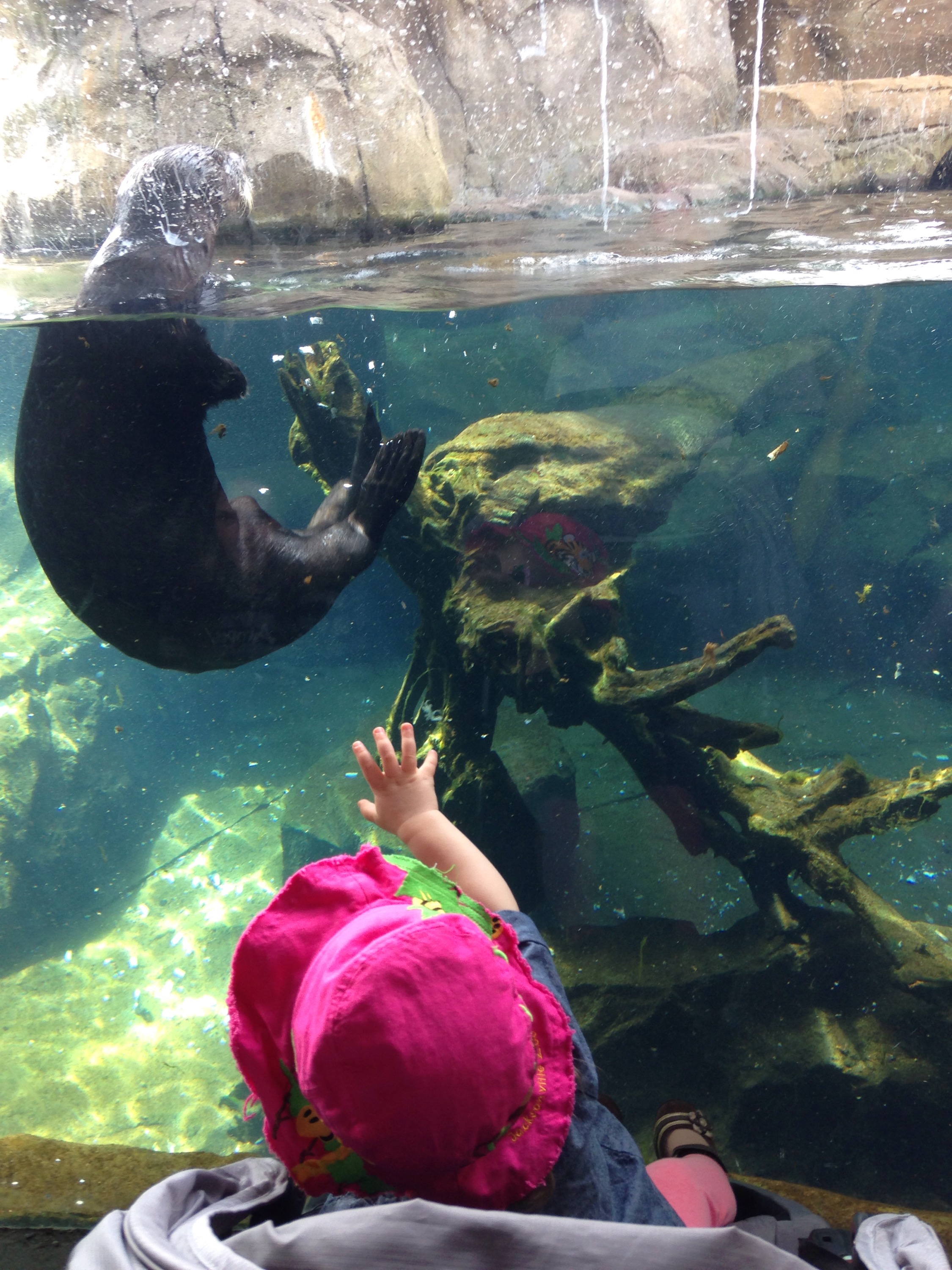 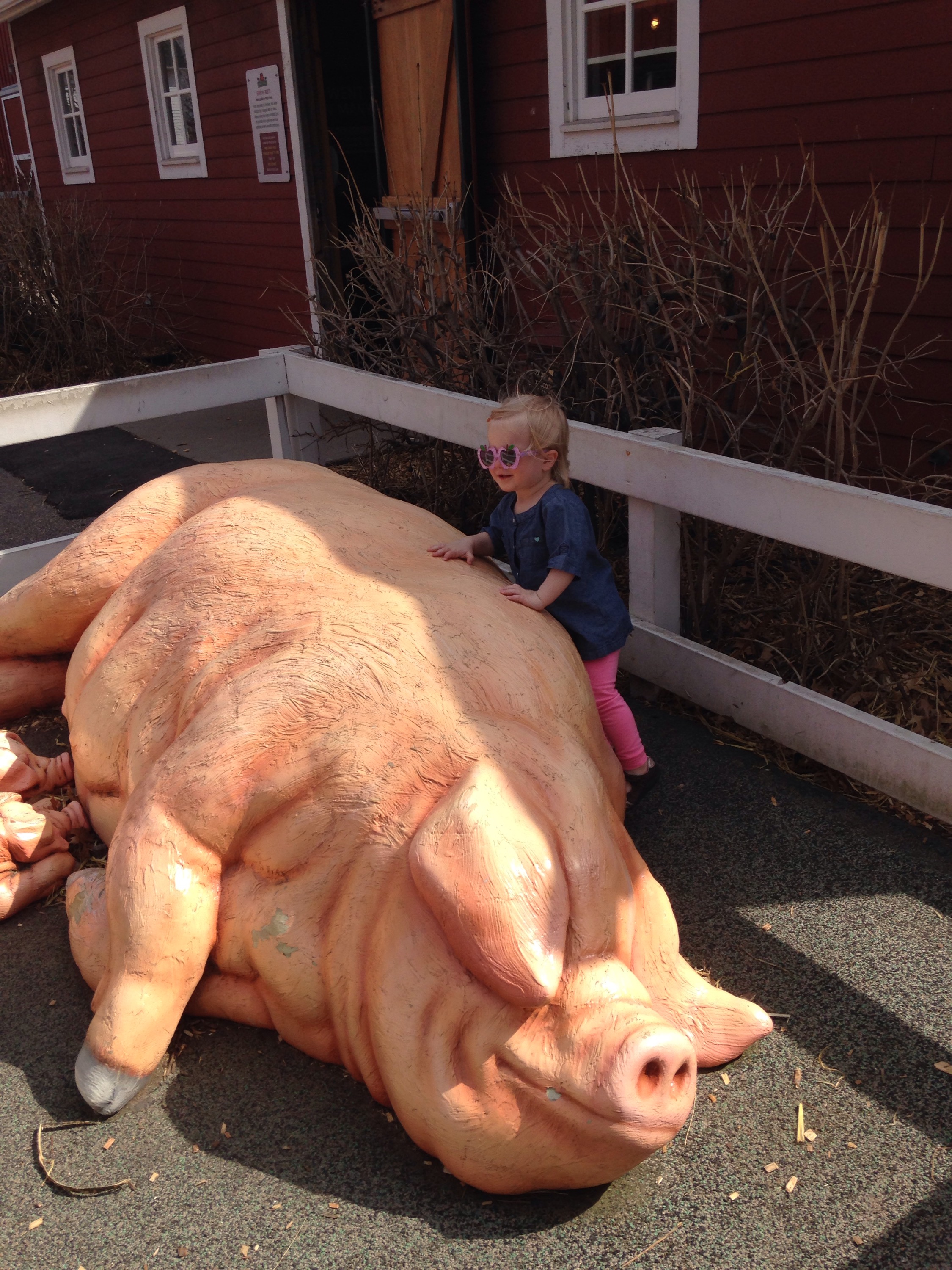 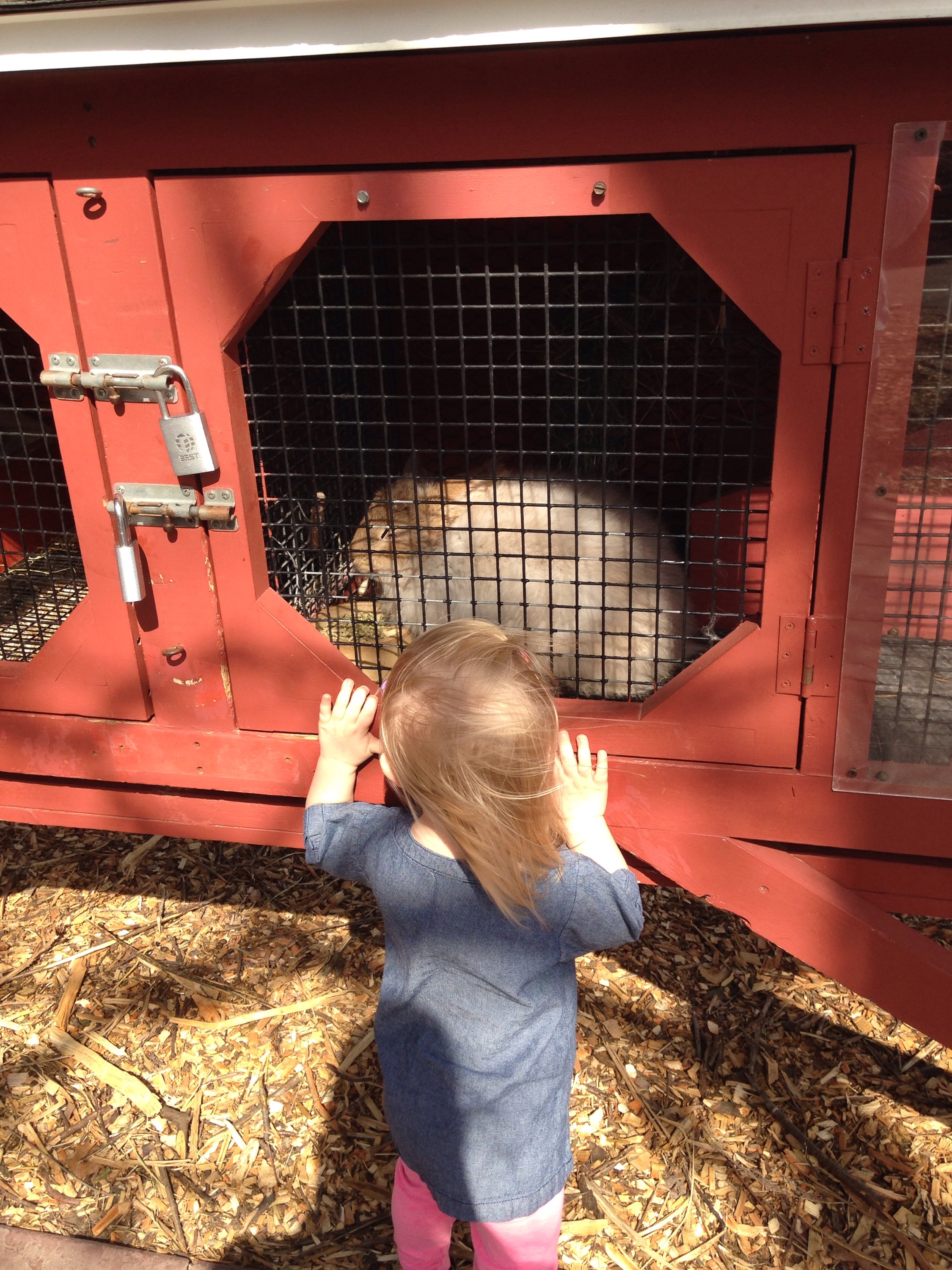 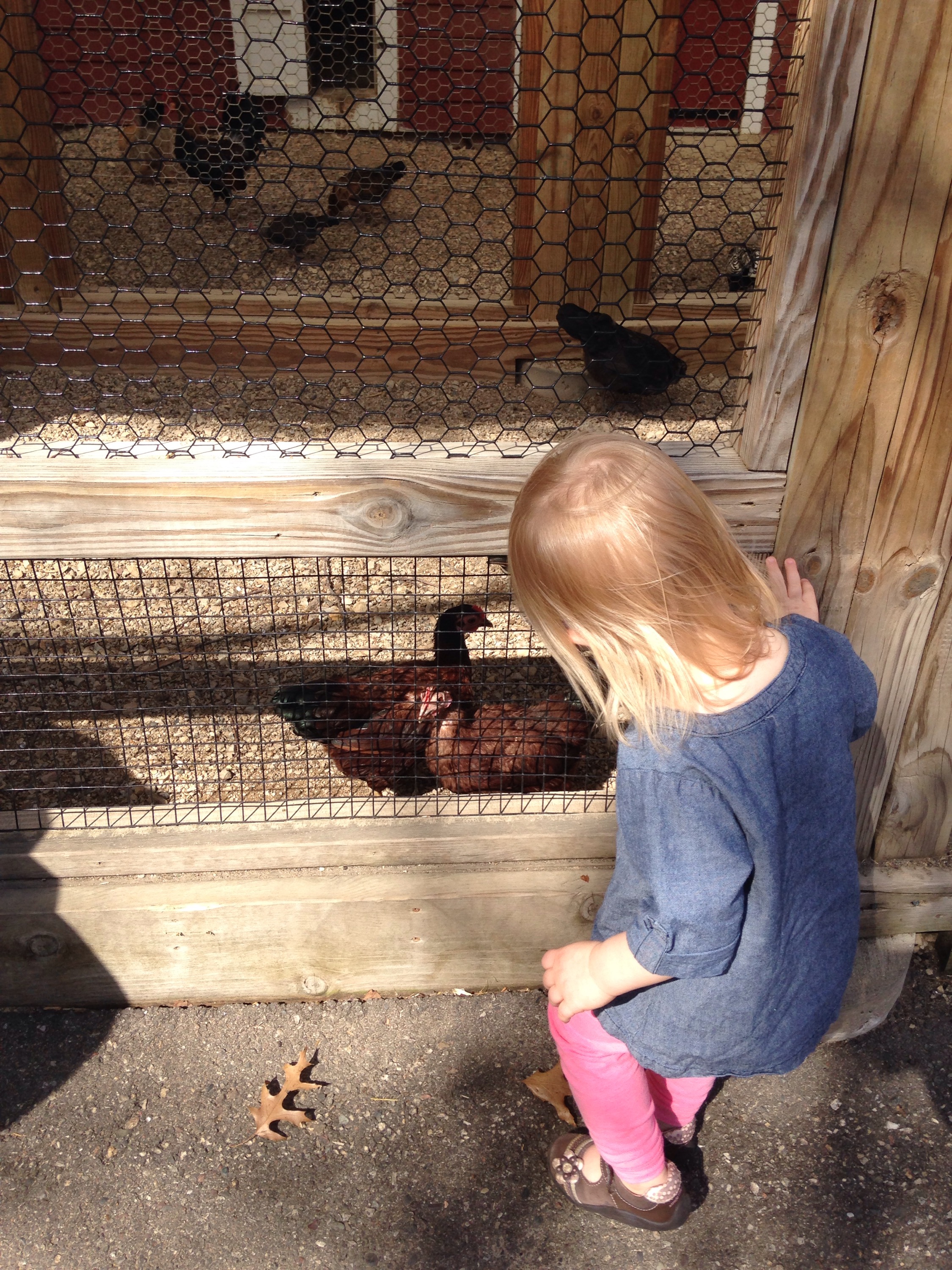 Emma didn’t like getting near the goats face at first. 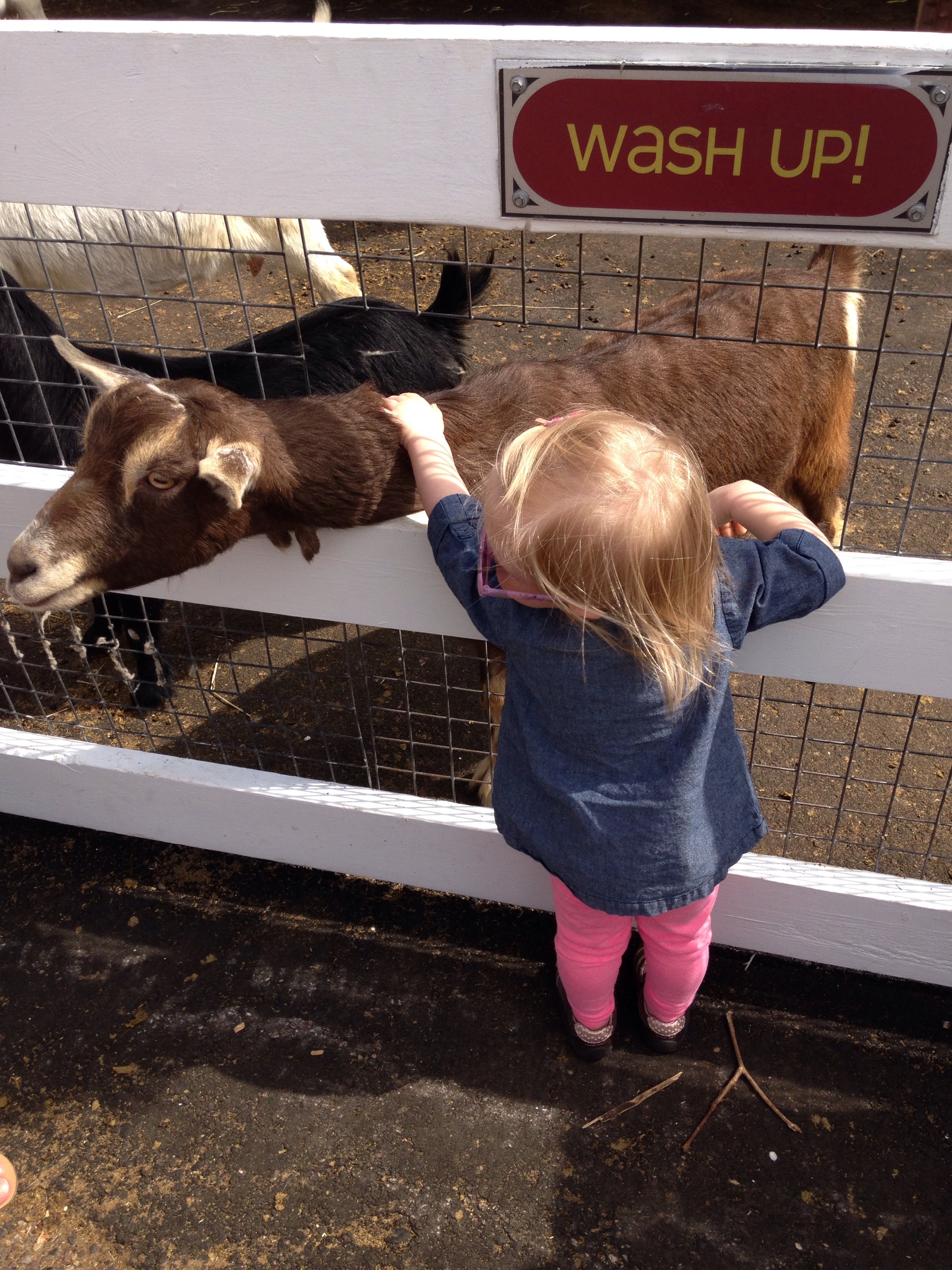 That only took her a minute to get over. I didn’t have enough change to get food out of the dispenser. I happened to find a piece of food on the ground and gave it to Emma. I wasn’t even sure if she would like feeding them. After that one piece was gone she started picking up anything she could find on the ground to try to feed it to them. I seriously debated cashing in the emergency $20 that I keep in the diaper bag, but didn’t really want to be carrying around $20 in quarters. Next time I’ll be prepared. 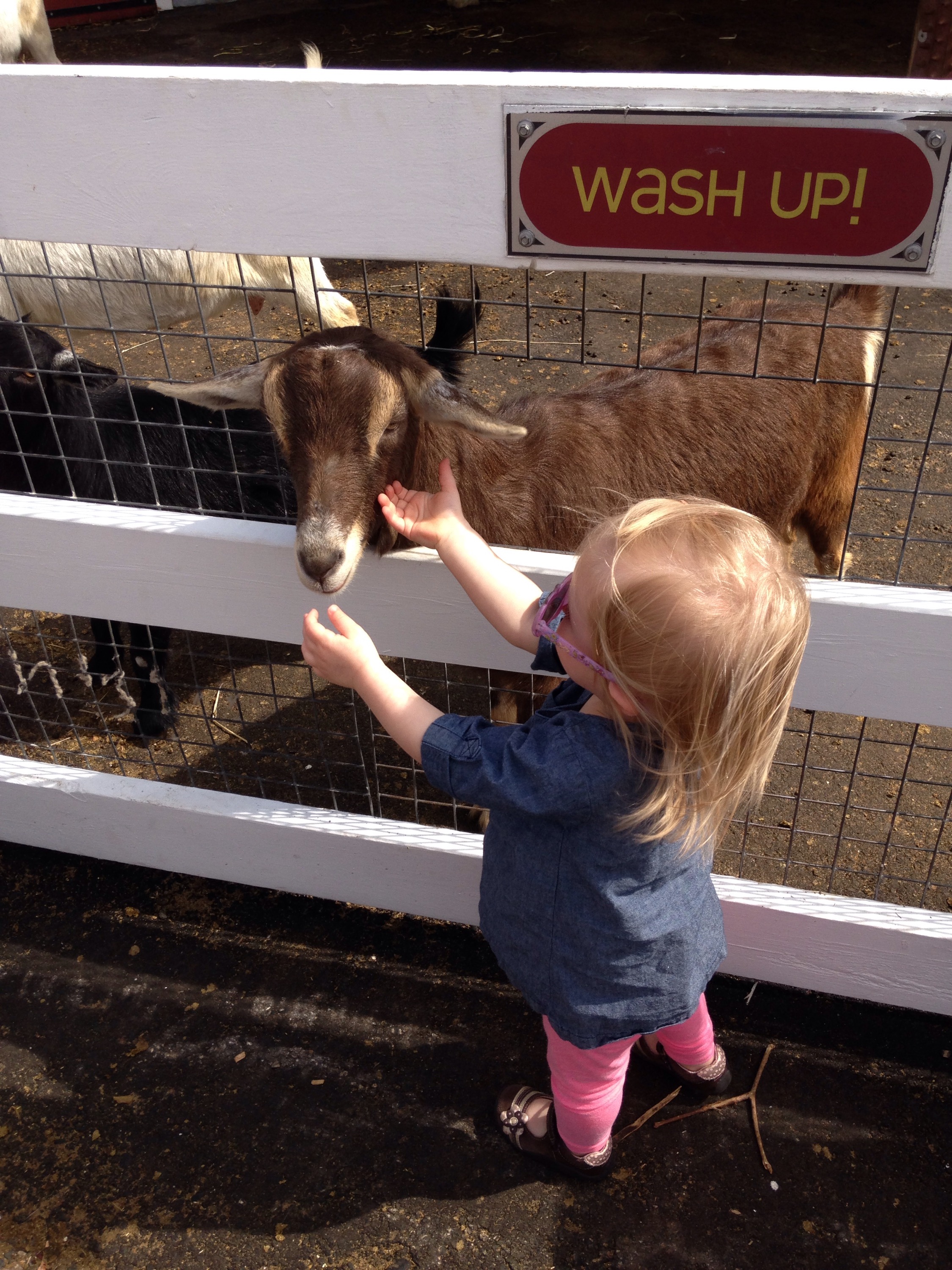 On the way home we stopped at the park. Who knows when we’ll have another day like that, so we had to take full advantage. 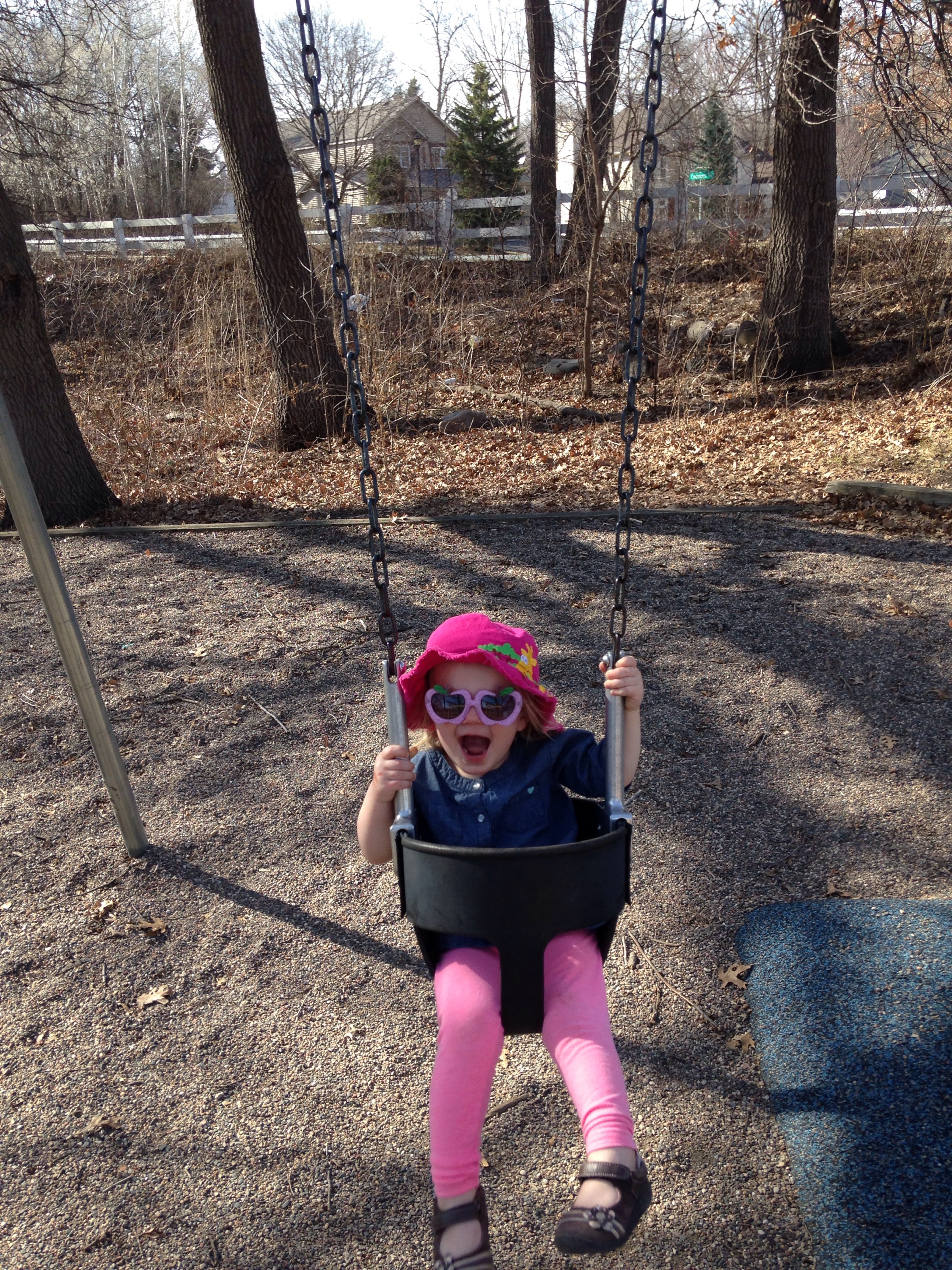 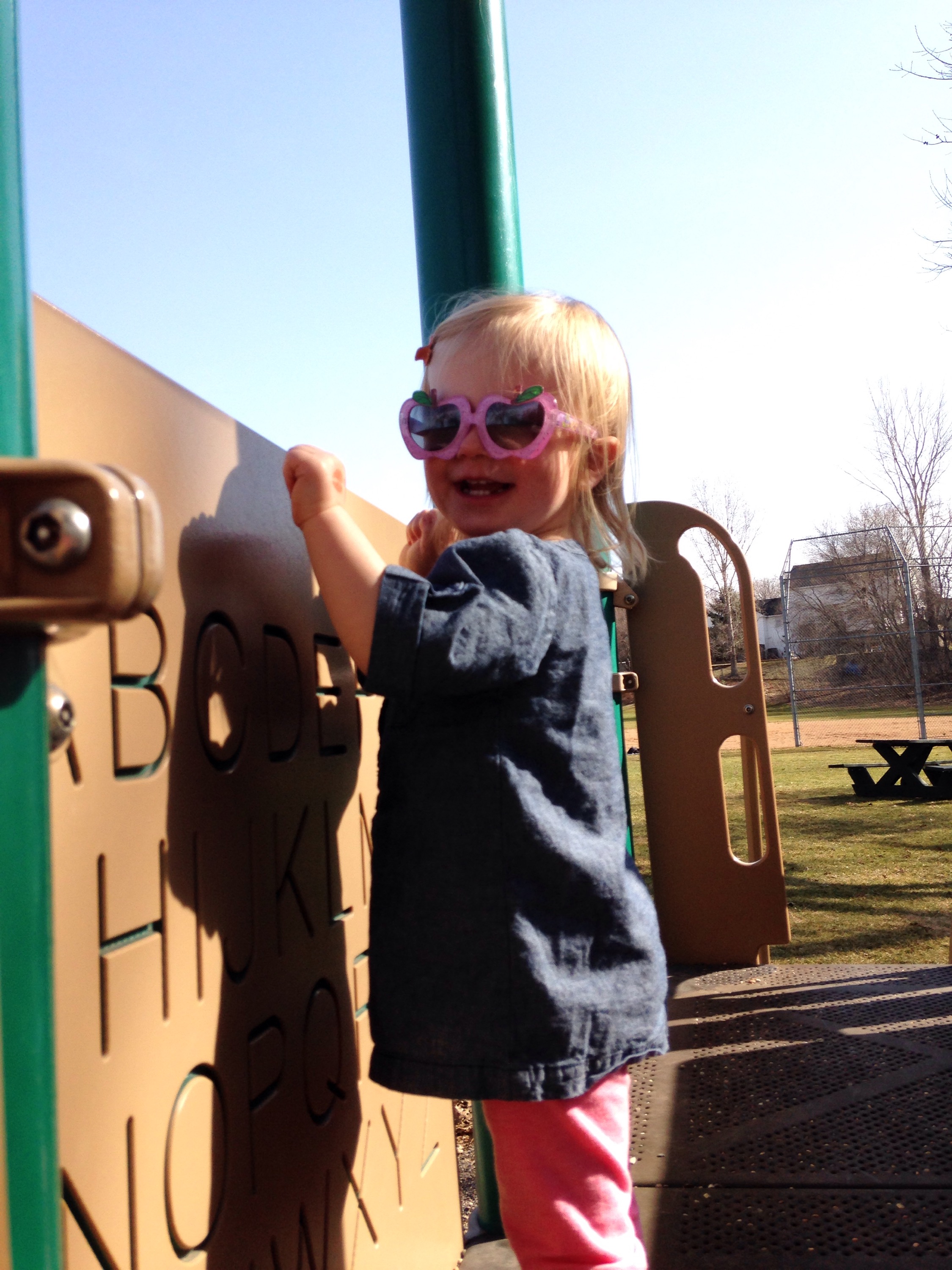 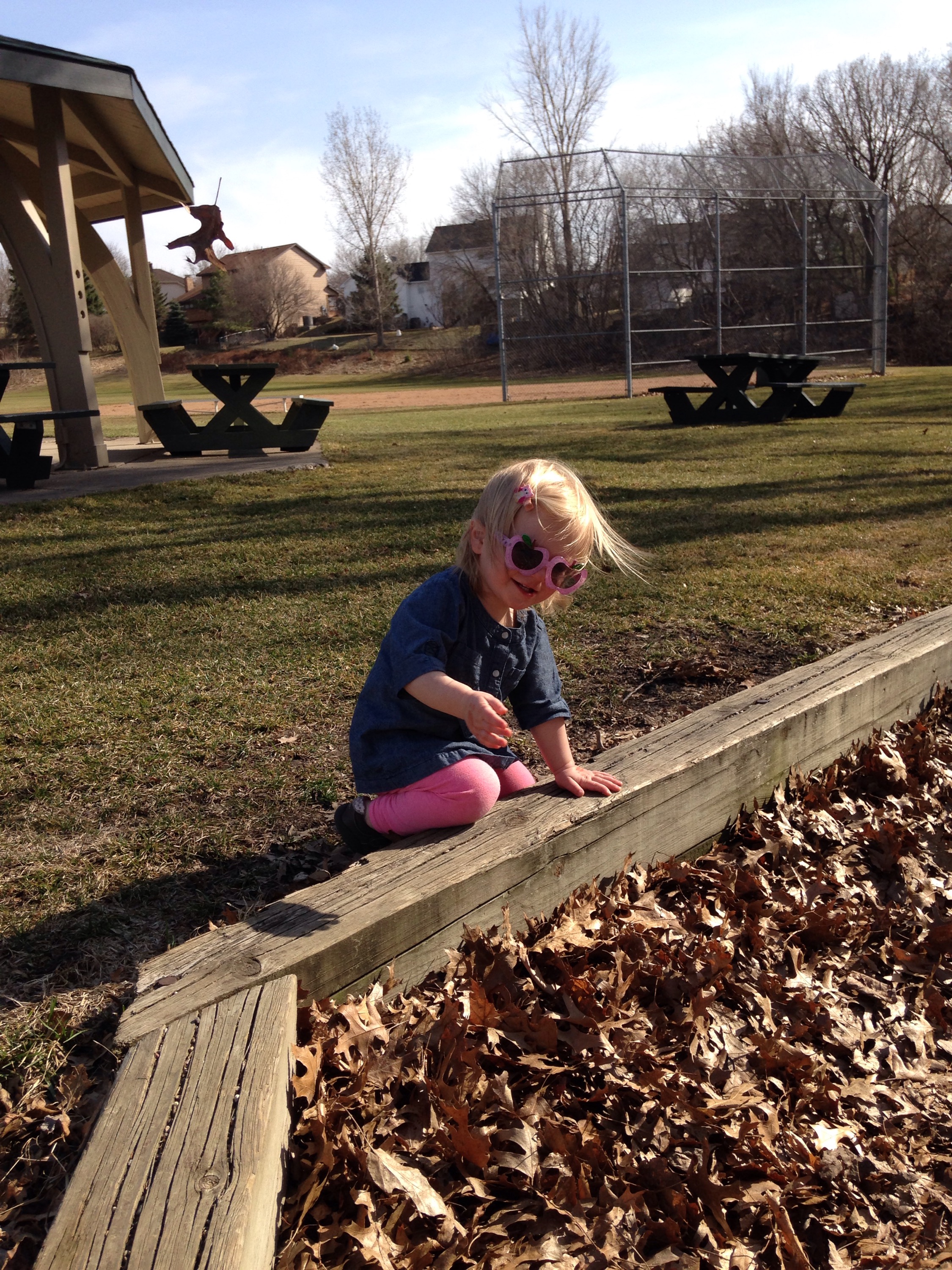